In an era of bank mergers and acquisitions, locally owned community banks have become a distinction among their larger holding-company peers. Providing personalized financial services for more than 85 years, Citizens Bank intends to hold on to that distinction by continuing to grow and meet the changing financial needs of the communities it serves.

Citizens Bank was inaugurated as Carter County's premier community bank in November 1934, just when the nation was beginning to recover from the tribulations of the Great Depression. Carter County had been without a bank for close to three years, and the new Citizens Bank with its $75,000 solid financial base was good news to the community.

In 1962, when the bank's total assets were $5 million, Joe LaPorte, Jr. became the fourth president. Under LaPorte's direction, Citizens Bank became nationally recognized for its exceptional performance. Joe LaPorte, Jr. made a lasting impression in the Tri-Cities area and beyond and in 2006 was posthumously inducted into the Tennessee Bankers Hall of Fame.

Continuing the family legacy, Joe LaPorte, III followed in his father's footsteps by joining the bank in 1979 and was named the bank's fifth president in 1985 and in 1987 was named CEO and president.

Citizens Bank has established a reputation as one of the state's most well-capitalized and stable financial institutions. "Citizens Bank is committed to local, community banking," says Chairman and CEO Joe LaPorte, III. "Our growth will keep us independent, and our most important asset will always be our customers."

Save a trip to a branch by opening an account online. It only takes a few minutes!

Bank on-the-go with our convenient and secure mobile app. Available for iPhone and Android users. 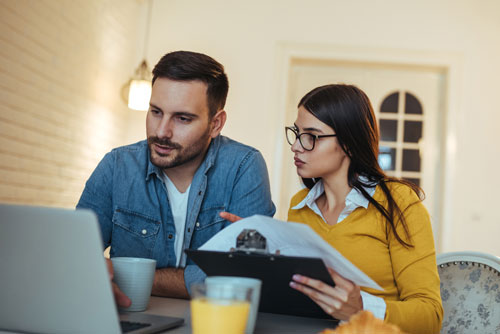 New to Bank-by-Net?
Just enter your User ID into the white space provided and Click Continue.  The next screen will allow you to enter your Password.